Open innovation became a buzz word about a decade ago, thanks largely to the efforts of Professor Henry Chesborough (now at the Haas School, UC Berkeley). I must confess that I was initially skeptical about whether open innovation really represented a new perspective on innovation – after all, collaboration, particularly between universities and companies, was nothing new. But, in the last decade, some companies have showed how open innovation can be a distinctly different approach to innovation. However, one question remains: can open innovation be a substitute for developing your own strong innovation capabilities?

Procter and Gamble (P&G) is the company that comes to mind first when you talk about open innovation. When A. G. Lafley (picture below) became the CEO of P&G over a decade ago, he realized that P&G had become almost completely dependent on inorganic growth. Looking at the huge cost of acquisitions, he was convinced that P&G needed to embrace an innovation-driven approach to growth. While internal R&D was active, it was struggling to create the new products that could be meaningful to a company of P&G’s size. So, Lafley advocated collaboration with others as a way of accelerating the innovation process. To do this, he created the foundation for Connect & Develop (C&D), perhaps the most well known corporate open innovation platform in the world. [To learn more about this, read The Game Changer by Ram Charan and A.G. Lafley]. 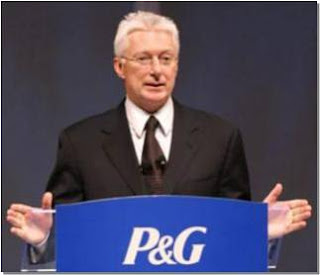 C&D has been successful in enhancing the diversity of innovation at P&G. The best contemporary example is Olay Regenerist. Sederma, a small French company that runs a skin and wound institute, had identified an amino peptide that helped wounds heal faster, and without leaving a visible trace on the skin. P&G collaborated with Sederma to use this compound to remove skin wrinkles, resulting in Olay Regenerist, one of the most successful (and expensive?) beauty wrinkle treatments available on the market today. 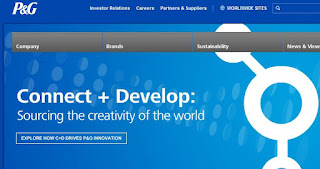 In the last decade, P&G has met Lafley’s target of getting 50% of its innovation ideas through C&D. P&G has an elaborate network to drive the C&D process. They have 70 C&D leaders worldwide, 11 regional C&D hubs, and thousands of networks.

Where does innovation at P&G stand today? I recently had the opportunity to listen to a presentation by Bert Grobben from P&G’s Singapore Innovation Center. Bert pointed out that partnerships were a part of P&G’s DNA as P&G was founded by two men who were married to sisters! Historically, P&G had hired people from different backgrounds and rotated people across jobs, thus ensuring broad thinking. So, according to Grobben, openness to new ideas has been an integral part of P&G’s DNA. Today, P&G believes that the most collaborative will succeed.

Now, as a $90B company with 23 $1B+ brands, P&G hopes to become an even greater part of people’s lives by addressing both luxury and “Bottom-of-the-pyramid” customers with new products. This will pose a new test for C&D as P&G’s strength has traditionally been in the mid-market, i.e. middle class consumers. P&G’s current CEO Bob McDonald (picture below) wants to push C&D even further so that 80% of ideas come through C&D. 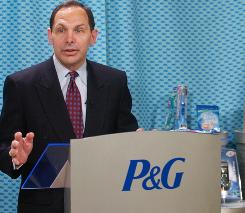 However, recent reports on P&G suggest that my doubts about a dependence on collaboration as an innovation strategy may have been well-founded. A recent article in Businessweek suggests that P&G’s ability to come up with blockbuster new products has actually declined over time. Ironically, the article attributes this to the weakening of the core R&D function within P&G, and a business focus on short-term results (which usually drives incremental rather than breakthrough innovation).

Other reports suggest that P&G’s challenge to growth is not only on the innovation front, but speeding up decision-making and action on all fronts. As often happens to large companies, P&G has created multiple layers of management that stand in the way of the company moving fast enough to contend with more agile competitors. 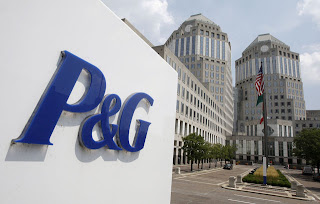 Implications for Other Companies

I see some broad lessons from P&G’s experience with open innovation:

First, there is no doubt that today good ideas can be found all over the world. And, improved information and communication technologies allow companies to locate and access these ideas at low cost. If you don’t access these ideas, you will be at a competitive disadvantage compared to companies that do.

Second, combining ideas makes them more powerful. Bringing together the other characteristics of Olay creams with the anti—wrinkle properties of Sederma is what makes Regenerist a powerful product.

Third, open innovation and collaboration is a complement but not a substitute to doing your own R&D and innovation. I think there is an important lesson for Indian companies in this!

Fourth, complementary assets (brands, distribution, agility, speed) continue to play an important role in making innovation successful. But brands and distribution are not enough. Agility and speed are dependent on more conventional organizational design principles such as structure, process and reward systems. Revving up your innovation engine will not yield good results if there is a mismatch between the engine and the rest of the company.

Posted by Rishikesha Krishnan at 7:13 PM