Do Standards and Specifications Spur or Hinder Innovation?

When we talk about innovation, we usually emphasise how important it is to understand user needs and requirements well. Contemporary innovation paradigms like design thinking require empathic understanding of user needs through immersion in users’ lives. Not only does such a process reduce risk by aligning innovation with what the user or customer is looking for, it also helps identify user needs that the user has not articulated, or peculiarities in the manner of use that have got internalized by users.

But, there is an additional complication to this picture. In many product categories, there are existing specifications that have become de facto standards, or, sometimes, standards laid down by government or regulatory bodies that have to be met. Do such specifications and standards help or hinder innovation?

Regulatory Requirements can help…. but, it’s important to get them right

Regulatory requirements can spur innovation. Perhaps the best example is in the environmental domain where tightening of pollution norms has resulted in better engine and exhaust technologies.

But, standards bodies can sometimes fall behind the curve and this could mean not setting tight enough specifications or not mandating rigorous enough tests and protocols to test new technologies. The story of Lithium-Ion batteries in Boeing’s Dreamliner is a case in point. 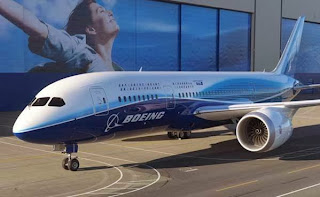 According to reports in the press, when Boeing went through certification of the Dreamliner, the US Federal Aviation Administration (FAA) did not have clear specifications and tests for such batteries as they had not been used before in commercial aircraft. The FAA therefore placed some “Special Conditions” as extra requirements for Lithium-Ion batteries – these included computer control to prevent over-charging, isolation of the battery in a separate enclosure, etc.

Adoption of more stringent standards may have spared Boeing some of its subsequent travails with the Lithium-Ion batteries in the Dreamliner.

Large companies sometimes use the absence of standards as a way out of problems. Remember the efforts by Coke and Pepsi some years ago to escape the charges made by the Centre for Science & Environment regarding pesticide content in their soft drinks by pointing to the absence of BIS standards!

In an earlier post, I referred to the excellent talk by Dr V. Sumantran at the Nasscom Engineering Summit. One of the points he emphasized was that cost gets defined by the requirements, and hence it is important to define (and re-define) requirements carefully if you want to lower costs. He gave the example of the Indian low-cost Common Rail Direct Fuel Injection (CRDI) systems for automobiles that are specified quite differently from their more expensive European counterparts.

There is a growing if controversial view that the key to innovation for emerging markets is “good enough” products that meet essential needs but don’t go overboard in terms of what they offer. This view is driven by the fact that in many products a large proportion of the features and functionality are not used by most users, and that cutting these out can reduce costs. Companies like Mahindra & Mahindra have demonstrated that you can provide about 95% of the features and performance of advanced country products at a much lower price.

Kannan Lakshminarayan on the Tyranny of Existing Standards and Specifications 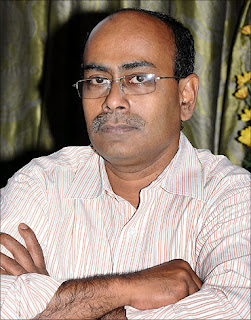 At the DSIR conference on “Accelerating technology innovation for inclusive and sustainable growth” held at New Delhi on November 7, Kannan Lakshminarayan of Fractal gave some fascinating examples from his experience in developing low cost and relevant products for the Indian market. The best known example he related is that of Vortex, the low-cost Automated Teller Machine specially designed for rural markets.

Vortex has a robust design, incorporates biometric authentication, consumes small amounts of power (just 50W; this is an essential requirement for rural applications where reliable power supply is a major challenge), does not require air conditioning, and can handle both fresh and soiled notes. But Vortex faced an uphill battle in getting accepted as it did not provide all the bells and whistles that the ATMs of established (read “large,” “MNC”!) suppliers did. 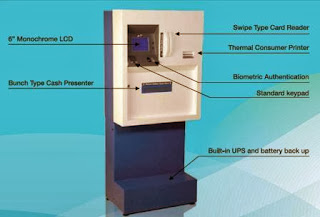 Kannan has also been part of the team that developed a spinning machine that reduced the minimum economic scale of spinning by a factor of 100. This machine focused on outcome indicators that are critical to the final product such as feel, fall and drape, but did not focus on traditional parameters like strength, uniformity and fineness that are no longer so critical because of changes in loom technology. Here, as far as I can make out, it was more a case of not meeting the de facto (commonly accepted) standards of the textile industry rather than a problem of regulated or mandated specifications.

Kannan’s third example came from the training domain. India is struggling to impart skills on a large scale to a new generation of people about to enter the workforce. One of the important skills taught in ITIs is welding. Kannan related how welding is traditionally taught in the same sequence as welding technologies were invented. But, this sequence means teaching the most complex methods first resulting in a very steep learning curve for students. Instead, the Aura MIG Training tool overcomes this problem by teaching the simplest (and most contemporary) method, MIG welding first. Ironically, MIG welding is not a part of the syllabus in most welding training programmes!

At the same DSIR conference there was a fascinating presentation by Professor Ashok Jhunjhunwala of IIT Madras on a new energy paradigm that could ensure uninterrupted power supply even within the present constraints of power generation. I didn’t understand all the technicalities, but one thing that struck me was the number of regulatory and standards changes his proposed solution would need. I just can’t see how all those will ever come about in a sector that is as regulated as power. 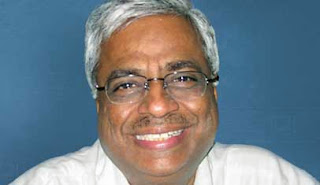 Because of the stakes involved, standard-setting is often an arena where various pulls and pressures are exerted. A senior manager at a leading auto component company was telling me today how in spite of the emission norms becoming more stringent for cars and many commercial vehicles, three-wheelers still remain outside the purview of new standards because the existing technologies can’t be upgraded to meet more stringent norms. New technologies that would enable more exacting standards would push up cost by 25 to 30% the cost of three-wheeler. The lobby for low-cost transportation makes sure that standards are not raised in a hurry even if that means that we as a society bear the cost of such externalities.


So, while standards can occasionally play a role in enhancing innovation, they can often be tools for maintaining the status quo and the interests of existing players.
Posted by Rishikesha Krishnan at 7:01 AM