While companies like Google and Facebook may have stolen the innovation thunder in recent years, you are unlikely to find a more sustainably innovative company than 3M. Can you think of another technology company that is 100+ years old, has an uninterrupted dividend record since 1916, and reports operating margins and return on invested capital in excess of 20%? I am deliberately calling 3M a technology company – its stellar financial performance is driven by products based on its 46 technology platforms, and one of its key metrics is a New Product Vitality Index (proportion of revenues based on products launched within the last 5 years) which is currently at a healthy 33%. 3M reported R&D expenditure of $1.57 B on sales of $ 29.6 B in fiscal 2011.


3M’s products span a variety of technologies and applications. Its major areas are industrial and transportation (32%), healthcare (17%), consumer and office (14%), display and graphics (14%), safety, security and protection services (12%), and electronics and communications (11%).

3M’s growth in recent years has been buttressed by an increased focus on international markets. Two thirds of its revenues come from outside the United States. APAC is today the most important region for 3M from both a sales and profitability perspective. And, emerging markets are expected to be the growth driver for the foreseeable future. As 3M’s emphasis on emerging markets has increased, it has expanded its famed innovation activities beyond the United States; today a little over half of 3M’s 7,900 researchers are located outside the US.

India is one of the countries to benefit from the internationalization of 3M R&D – the 3M technical support center in Bangalore was upgraded to a full-fledged innovation center late last year. Srivardhini Jha and I had the opportunity to visit this center a couple of months ago – naturally, our discussions with our hosts centered around how 3M has built and sustained such a strong innovation engine. 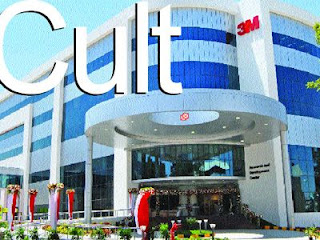 Following our visit, I did some more spadework on this question, and read A Century of Innovation: The 3M Story, a corporate history of innovation at 3M put together by the company in 2002 (my thanks to Vinay Dabholkar for introducing me to this book!).

Though the famous 15% “rule” – employees working 15% of their time on projects of their own choice” – is perhaps the most often cited element of 3M’s innovation culture, a more important factor in 3M is the philosophy behind this. In the formative years of 3M, the top management had a strong faith in the creative potential of individuals and their ability to come up with good ideas if provided the right support. William McKnight, who became CEO in the 1920s, believed that micromanagement and intolerance of failure would stifle initiative: “Management that is destructively critical when mistakes are made can kill initiative. It is essential that we have many people with initiative if we are to continue to grow” (p. 9). 3M’s 1925 manual, written by McKnight, proposed that “every idea evolved should have a chance to prove its worth” (p. 16). Administrative support was expected to support intrapreneurial initiatives rather than control them. To support such ideas, 3M committed to making substantial investments in research and development (5% of sales), and to provide patient capital.

For most of its existence, 3M has promoted from within. And a common characteristic of many top leaders at 3M has been their ability to mentor and support good ideas, and the employees who propose them. For example, one employee wrote about Dick Drew, 3M’s CEO in the 1960s, that he never turned away anyone even when they came with the strangest ideas.

3M believes that the following are the key ingredients of its innovation culture: “(1) attracting and retaining imaginative and productive people; (2) creating a challenging environment; (3) designing an organization that doesn’t get in people’s way; (4) offering rewards that nourish both self-esteem and personal bank accounts” (p. 32).

From Ideas to Impact

How does 3M ensure that ideas and products have impact? After all, there is always the danger that if you sprinkle resources on a wide variety of ideas you will achieve sub-optimal results. One prong to this is almost as old as 3M itself – close involvement with users to understand their needs, and to be sure that 3M products are suited to solving their problems. McKnight went as far as the shopfloor of customers’ factories to understand from workers whether 3M’s abrasive products were doing the job for them. In the mid-1990s, 3M’s “Pacing Plus Program” ensured that additional corporate resources were committed to products and programs that the top management believed would have high commercial impact. And, a third prong has been a platform approach – 3M focuses resources on building powerful technology platforms that can be used to solve problems across industries.

How does 3M facilitate the use of such platforms cutting across sectoral lines? Platforms are considered to belong to the company even though individual products belong to the business divisions. A company-wide Technical Forum created in 1951 brought together researchers from across the country and helped them share knowledge with each other. From the early days, employees were encouraged to look for applications in new areas. And, sales staff for key accounts represent the whole company rather than individual business divisions, again providing an opportunity to integrate across products and technologies.

In recent years, 3M has supplemented its product innovations by efforts to control costs and improve efficiencies. While some of these have come about through changes to the core manufacturing process itself, others have come as a result of streamlining supply chains, continuous efforts to reduce factory costs, and adoption of lean management processes. Few companies are able to combine both incremental efficiency improvements and significant product innovation, and 3M’S achievements in this regard are a tribute to the flexibility and adaptability of its management processes.

3M has been around in India for more than 20 years, but it is yet to discover enough sweet spots in the Indian market. Traffic safety, automobile applications, and signage (e.g. all the new signboards in Delhi) have been some of the visible areas for 3M in India. 3M India has had to adopt new business models such as turnkey implementation of toll plazas in order to meet the needs of large Indian users. Unlike most other multinationals, 3M plans to use its innovation center in India to help innovate for the Indian market. If 3M India CEO Ajay Nanavati and his team can infuse the same spirit and culture that pervades 3M’s innovation efforts in the US, we should see 3M India grow by leaps and bounds in the years ahead. 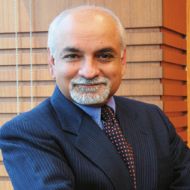 Posted by Rishikesha Krishnan at 11:24 PM